De Villiers will return to the politically unstable country for the first time since South Africa toured Pakistan in 2007.

In a major boost that will revive cricket in Pakistan, former South Africa captain AB de Villiers on Monday confirmed that he will appear for Lahore Qalandars in their home matches against Islamabad United and Multan Sultans in Season Four of the Pakistan Super League (PSL) this year.

De Villiers, who announced his decision to retire from international cricket in May last year, will return to the politically unstable country for the first time since South Africa toured Pakistan in 2007.

“I am delighted to confirm that I will represent Lahore Qalandars in front of our home crowds on 9 and 10 March, during the HBL PSL 2019,” said De Villiers, who played a Test and three ODIs at the venue during the 2007 tour, was quoted as saying by Cricbuzz. (ALSO READ: Cricket Australia tells Pakistan Cricket Board they won t be touring)

“I look forward to revisiting the Gaddafi Stadium and aim to play my part in helping Lahore Qalandars achieve something they have been aspiring for since the inception of this tournament in 2016.”

De Villiers follows in the footsteps of Faf du Plessis, Hashim Amla, David Miller, Morne Morkel and Imran Tahir, who were part of the World XI side that toured Lahore in September 2017 for a three-match Twenty20 International series. (ALSO READ: South Africa allrounder Albie Morkel retires from all forms of cricket)

Since the Sri Lanka team bus was attacked in Lahore in May 2009, Zimbabwe (in 2015) and West Indies (in 2018) are other countries who have visited India s arch-rivals.

The 2017 PSL final and two eliminators in Pakistan were proof that Pakistan now remains a safe country to tour. This year, the Pakistan Cricket Board (PCB) ha decided to host eight PSL matches in Lahore and Karachi.

De Villiers however, will be available for only the group stage matches, but was happy to play a part to expedite the quick return of the sport to Pakistan.

“I am fully aware that cricket is like a second religion in Pakistan,” he said.

“I still remember the support and appreciation we received in 2007. Furthermore, I feel I have a role to play in helping international cricket return to Pakistan. These have been some of the motivating factors for me to return to Lahore.

“I sympathise with the people of Pakistan because they have been cricket-starved for no fault of theirs, but I am optimistic that the days are not too far when international cricket will return to Pakistan and the stadia will once again be packed with crowds.

“Due to prior family commitments, I will only be available till the last group stage game. I want to thank Lahore Qalandars for giving me an opportunity to represent them and I look forward to not only enjoying my time in the HBL PSL 2019 but also contributing in making it a stronger brand.” (ALSO READ: Simply the best: AB de Villiers leads congratulatory wishes on Twitter after Dale Steyn smashes Shaun Pollock s record)

This year s PSL will begin on February 14 in Dubai with defending champions Islamabad United locking horns with Lahore Qalandars. The league will be played across five cities. Abu Dhabi will be hosting the league matches for the first time.

The tournament will move to Pakistan on March 7. Lahore and Karachi will host three and five matches, including the final, respectively.

Ehsan Mani, the PCB chairman, said: “We appreciate the decision of AB de Villiers and look forward to welcoming him to the home of Pakistan cricket. I am sure de Villiers’s appearance will attract new fans, and more eyeballs will follow the PSL than ever before.

“I am confident that de Villiers’s decision at the back of his fellow World XI, Zimbabwe, Sri Lanka and the Windies’ cricketers’ decisions to play in Lahore will encourage other leading cricketers and international sides to visit this cricket-passionate country. (ALSO READ: Pakistan Super League Draft 2019: Complete list of players picked by the six teams)

“For the Lahore crowds, it will be a great opportunity to watch this generation’s cricket genius live in action. I am sure they will turn up in great numbers to support de Villiers as well as Lahore Qalandars and their opponents.” 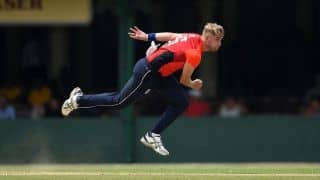 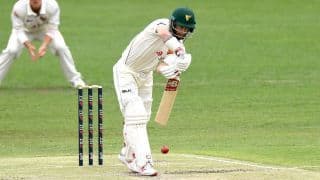