The former South African batsman announced on Twitter that he was geared up to play in the PSL.

AB de Villiers has confirmed that he will feature in the 2019 edition of the Pakistan Super League (PSL) without specifying which franchise he will sign with.

The former South African batsman, who retired from international cricket in May, announced on Twitter that he was geared up to play in the PSL and thanked Pakistani cricket fans for their support.

Pakistan Super League has grown into one of the top T20 tournaments in the world and I ve really enjoyed watching PSL matches in recent years. PSL is a league that has given Pakistan so much to cheer about and I look forward to being on the field once again, said the 34-year-old in a video message.

It s time for @thePSLt20. So, there s going to be a party in February?#ABaurPSL #psl2019 pic.twitter.com/WPWo1t9ABB

The news comes a couple days after it was announced that de Villiers would turn out for Royal Challengers Bangalore in the 2019 edition of the Indian Premier League (IPL. De Villiers has played for RCB since 2011 and has scored 3313 runs at 41.41 for the IPL franchise.

Outside South African franchise cricket and the IPL, de Villiers has played for Barbados Tridents in the Caribbean Premier League. 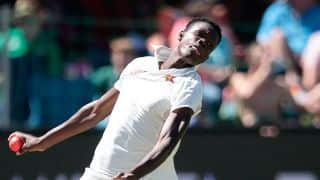