De Villiers said that Du Plessis will be a great asset in the upcoming World Cup.

South African skipper AB De Villiers said that Faf du Plessis had a great cricketing brain. Du Plessis is currently enjoying the form of his life in his One Day Internationals (ODIs) and has scored three centuries in the four matches he has played so far in the Zimbabwe Triangular Series 2014.

“It’s certainly the best form he’s shown at international level, but I’ve always known that he was capable of doing that. So it’s great to see him coming through like that, and at a crucial time. Leading up to a big World Cup, it’s great to have our No.3 slot cemented down now by a guy who’s in great form and a guy with a great cricket brain.”, De Villiers was quoted as saying by cricket365.com.

The South African batsman also had words of praise for Zimbabwe cricket. “They’re still a dangerous team with lots of talent. They’re obviously still working on a few things, trying to get a few things in place. Leading up the World Cup as well, I think all the teams are focusing on that now. There’s absolutely nothing wrong with Zimbabwe’s cricket. I think they’ve got a lot of talent, they just need to get the combinations in place, and a few other things. Get their batters in the runs. They’ve got all the talent in the world, they just need to get into the runs. That’s what it comes down to.”, he said. 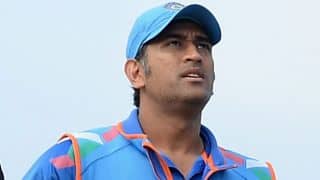