If the Proteas beats Australia on Tuesday, they are likely to rest a number of players.

Australia suffered a history-making loss to Zimbabwe by three wickets on Sunday at the Harare Sports Club. If they fail in the sixth One Day International against South Africa, then there are high chances of an all-African tri-series final. The last time Australia played South Africa, they failed miserably. They could not defend a mammoth total of 327 runs, courtesy-some brilliant batting from the skipper AB de Villiers and Faf du Plessis, who took them over the line.

De Villiers hinted that if his side beats Australia on Tuesday at the Harare Sports Club again, they are likely to rest a number of players from their playing eleven against Zimbabwe, reported the Official Cricket Australia Website.

If the Proteas play some good cricket against Australia and clinch a victory, they will not only secure a place in the final but also will give the home side a chance to book their place in the final as well, which will only be possible if they defeat South Africa in their last game.

De Villiers also praised the Zimbabwean team saying, “We all know Zimbabwe is a dangerous team, especially in this format of the game. That’s the nature of the game, if you’re not on top of your game and you’re not in good form you bring teams like Zimbabwe into play.” He added, “If Australia and South Africa play a good game of cricket we know we should be beating them convincingly. But you can’t always be at the top of your game and I think the trick is winning games like that when you’re not playing well, which we did.” 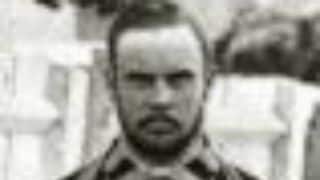