South Africa premier fast bowler Dale Steyn has urged fans to respect AB de Villiers decision to hang his boots after an illustrious career that spanned across 14 years. De Villiers shocked his fans by announcing his retirement earlier this year citing fatigue after a grind of 14 years in the period where he represented his country and franchise with sheer grit and pride. Steyn, speaking to Sport24 said that fans should take a reasonable view of De Villiers’ contributions and give him space. I believe AB doesn t deserve to get a bad rap. Even though we both made our Test debuts in 2004, him and I are in two completely different boats. He is married with children and I only have dogs. Family time is a big pull for him right now. We spend on average 220 days of the year out of the country. It s a long time to be away from your family especially when your children are growing up, Steyn said.

Steyn said that De Villiers has always played with pride and was a phenomenal contributor but also added: The pleasing aspect is the Proteas have managed to win without him. It s nice that the circle (of talent) is getting bigger and there is hope for the future. Calling time on his international career has also given AB time to recover from a physical point of view. His back had been giving him trouble for so many years. Through sheer pride of representing South Africa he pushed on. Kerala floods: Here’s how cricketers are contributing to relief efforts 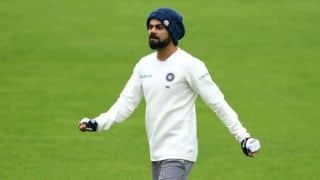