AB de Villiers quashed rumours of his impending retirement following England’s thumping win over South Africa in the third Test at Johannesburg. With this loss, the de Villiers-led South Africa not only lost the series but also their No. 1 Test ranking. Over the last few days, it has been reported that de Villiers was considering quitting Test cricket following the packed international schedule. According to The Telegraph, de Villiers said, “There has been a few rumours floating around and in most rumours there is always a little bit of truth. It is not just in the last while, in the last two or three years I’ve been searching for the right answers to play a little bit less cricket in one way or another to keep myself fresh and to keep enjoying the game.” READ: AB de Villiers hints at quitting international cricket on account of overburdening schedule

De Villiers went on to say, “I’ve found myself on the pitch in the past few years, every now and then, not enjoying myself as much as I should be and that raises concerns within myself. I’m still very committed. To the job I’m not sure, obviously the two Test matches for now is all I’m focusing on, and there is a nice six month break before we play Test match cricket again.” He added, “Lots of things can happen before then and I don’t want to commit myself too much to everything before then, but for now I’m as committed as I can be and I’m very hungry to make a success of the next two Test matches.” READ: AB de Villiers: Test cricket is pinnacle of the game

I was never thinking of leaving Test cricket at all. I am just trying to find ways to find gaps where I am able to keep fresh – AB

He further said, “I think it is a going concern for ICC (to keep Test cricket relevant while reducing player stress). They have been talking about it for the last few years to find a way of keeping everyone fresh. Test cricket is the main format and we all want to be part of that. Huge traditions and culture in this format but I truly believe there are one or two areas where we can improve and the guys keep their focus int he right place.” De Villiers also suggested that more players would want to quit Test cricket given their workload. 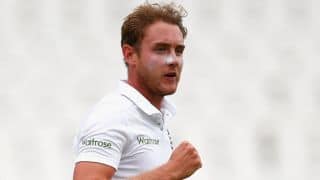