Abdul Qadir knew the art of deception, leaving a befuddled batsman in awe of him as they would chase shadows while taking a long walk back to the pavilion.

Shane Warne was always a genius at work but Abdul Qadir was an everyday artist, who made googly fashionable much before wizard from Victoria took World cricket by storm.

Qadir knew the art of deception, leaving a befuddled batsman in awe of him as they would chase shadows while taking a long walk back to the pavilion.

It is indeed an irony that life deceived him in the end, a ‘googly’ he wasn’t ready for.

But then no one ever is and nor was Qadir as his son Suleman recounted how tragedy struck the family unnoticed.

He was watching the Ashes keenly, spending time with family in Lahore. “He was fit although he loved to eat good food but he had maintained himself well,” a shocked Sulaman said.

“We didn’t expect he would suffer a cardiac arrest. It happened suddenly and by the time we reached hospital he had expired,” he recalled with tears in his eyes.

Qadir, 63, was perhaps one of the most colourful characters in Pakistan and World cricket in the late 70s through the 80s. The bowling action with a pronounced hip pivot, the flowing mane in his younger days and a mischievous twinkle in his eyes as he appealed, Qadir was a crowd puller in a team that had Imran Khan, Javed Miandad, Mohsin Khan and later Wasim Akram.

Mushtaq Ahmed modelled himself on Qadir and got fair amount of success but he never had his aura.

That sense that something could happen every delivery. He could bowl three leg breaks at different speeds and then suddenly bowl those “break backs” and watch like a hawk on follow through.

He was from that school where a good shot would be applauded, sledging was all class and not crass.

It was no secret that when Imran captained Pakistan in the 80s, he saw Qadir as his secret attacking weapon.

In many matches, the legspinner didn’t let his skipper down. Whether it was in Faisalabad against the mighty West Indies or in England.

Qadir who was fondly known as “Bao”, was Imran’s blue eyed boy. “Imran pampered him a lot,” left-arm spinner Iqbal Qasim, who remained Qadir’s spin partner in many Tests, said. “Qadir was a phenomenon as a wrist spinner. He had endless variety in his bowling and he could bowl six different balls in one over. He loved out-thinking the batsmen.

“He kept the art of wrist spin alive. We might never have seen the great Shane Warne, Anil Kumble or others if we wouldn’t have had a trailblazer like Qadir,” Qasim recalled.

In the era of T20 cricket, where the likes of Yuzvendra Chahal and Imran Tahir (Qadir’s student) make big bucks, one wonders what would have been Qadir’s market value.

Post retirement, he did have a stint as chairman of selectors and fighting with former PCB chairman Ejaz Butt to have Shoaib Akhtar in the team, was one of the highlights of his tenure.

He was one of the few who resigned from his post citing bureaucratic interference. “I will forever remain indebted to Qadir bhai for showing faith,” Akhtar said in his condolence message.

Till the end, he largely remained a private man who hated to lose. He became a bitter man towards the end as his sons couldn’t make it to top flight cricket, something for which he blamed the Pakistan cricket establishment.

The treatment meted to his son-in-law Umar Akmal, believed to be resident enfant terrible of Pakistan cricket, also hurt him no end.

Not one to mince words, Qadir is said to have also warned Prime Minister requesting him not to tinker with the domestic cricket structure and end the role of departmental teams as it would lead to unemployment for the players.

“Qadir was not one to mince words or be patronising even with those, who admired and liked him. And with Imran it was no different. He made his thoughts clear to him when they spoke about domestic cricket,” a former player said.

A larger than life person, Qadir was not averse to showing off with his colourful and trendy dressing, but he was also not one to compromise on principles or hold back on words.

A fabulous story teller, Qadir would fondly recollect anecdotes of a Pakistan dressing room of 80s, where the characters were never in shortage.

His on field battles with Sunil Gavaskar, Mohinder Amarnath and Dilip Vengsarkar. And of course, Indian fans favourite, the arrival of Sachin Tendulkar, the sixes, the applaud and all the myth associated with it.

He will remain in memory for what those wrists could do with a red nut and in Richie Benaud’s immortal voice on Channel 9.

“Qadir is in there pitching and spinning, ripping and tearing every ball.” 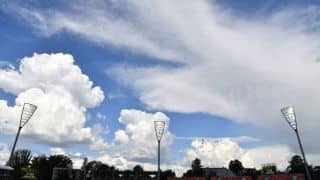 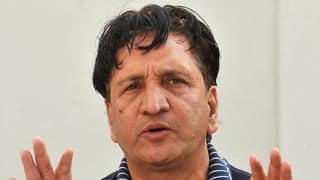