Mumbai cricket’s talent-rich cricketing stables had earmarked Abhishek Nayar as a sure-shot India prospect years ago. His exploits in the Indian Premier League (IPL), with his crafty medium pace and his uncanny ability to clear the ropes, it looked like the wait was over for the Secunderabad-born all-rounder.

However, with stiff competition for places in the lower middle order constantly kept him in the fringes of the national team.

In the 2012-13 Ranji Trophy campaign, in which Mumbai eased to the title, Nayar was the cornerstone of the Ranji giants with 966 runs at an average of 96.6, comprising of three centuries and eight fifties. He also scalped 19 wickets, including a five-wicket haul in the tournament.

In an interview with bcci.tv, after winning the Lala Amarnath award for the best all-rounder in the 2012-13 edition of the Ranji Trophy, he attributed it to the work that he had put in behind the scenes in both the departments and was glad that his work was getting recognised after years of heartbreak.

The 30 year-old remained optimistic that the latest piece of silverware in his already glittering trophy cabinet would keep him in the running for India’s selection and expressed his happiness on Board of Control for Cricket in India (BCCI) recognising and rewarding consistent domestic performances.

Speaking on his brilliant form, the humble Mumbai lad said it didn’t matter what his contribution was, but the fact that his home team went on to win made it ‘special’.

With all-rounders soon becoming a dying breed in India, Nayar said that his passion for the game and the constant urge to be in the midst of the action made him enjoy his batting and bowling with equal measure.

Nayar went to add that he is a huge admirer of South Africa’s Jacques Kallis, who recently retired from Test cricket and described batting at No 3 after bowling a near-impossible task. He also mentioned former England all-rounder Andrew Flintoff as one his heroes while growing up.

Reflecting on his ability to adapt to different batting positions, Nayar puts a positive spin on being tossed and thrown around in the batting order saying that it has added to his versatility as a batsman.

Nayar also shrugged off his injury scare earlier this season and that he has worked hard on his bowling action and run-up and is raring to go in 2014. He went on to state that that he never got bogged down by lack of opportunities or niggles, which are a part and parcel of a cricketer’s life.

With the added responsibility of being one of the senior members in the team now, the southpaw is keen to share the workload with the prolific Wasim Jaffer and is looking forward to extend the camaraderie to the newcomers and help them improve the 40-time Ranji Trophy champions. 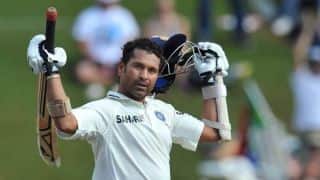 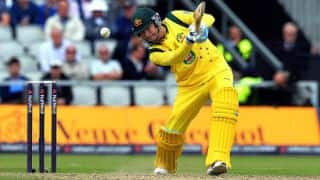