KKR will also be without the services of West Indian Andre Russell this season as he is facing a one-year ban for doping.

Rajkot (IANS): Kolkata Knight Riders (KKR) captain Gautam Gambhir admitted the unavailability of in-form pacer Umesh Yadav in the first two away games came as a bit of a surprise and added it’s an opportunity for the other players to rise to the occasion. Yadav is likely to return for KKR’s first home game against Kings XI Punjab on April 13 after taking a break due to long Test season with India. KKR play Gujarat Lions on Friday in their first game of the 10th edition of the Indian Premier League.

“Umesh was a bit of a surprise because the form he was in, we thought if he could start it would have been a big advantage, but it gives others an opportunity. We have got a pretty good bowling attack, so hopefully the guys can deliver,” Gambhir told reporters on the eve of the game.

“Look at the moment, I can say that he is available. There is just that workload issue and no fitness issue. He is going to be available for the third game which is going to be good for us,” explained to the southpaw when further pressed about Umesh’s status.

KKR will also be without the services of West Indian Andre Russell this season as he is facing a one-year ban for doping. Gambhir said they have to get their combination right without the all-rounder who did so well for the men in purple last time.

“We have to start well, no matter we bat or bowl first. This is the first game of the season for both teams, so there will be a few nerves. We deserve to play with a lot of freedom and we have players who can turn the game on its head,” Gambhir said. “Without Russell, we need to get our combination right. He was an important member of the team and let’s see how the guys deliver for us,” he added.

Asked about the addition of chinaman bowler Kuldeep Yadav on the side with the Nagpur tweaker returning figures of 4/68 on debut for India in the fourth Test against Australia, Gambhir said the spotlight should not be on the 22-year old and he should be left on his own.

“We should not talk about Kuldeep a lot. He should be left alone to hone his skills. We are not going to put too much pressure on him as we have other bowlers who can take that pressure. Let him enjoy his game. We want him to bowl freely. He is one of our attacking options. He will be a matchwinner for us,” the Delhi batsman said.

On the wicket, Gambhir said it will be a high scoring one. “The wicket is good and high scoring. It won’t spin a lot and we expected that. The opposition won’t give us a spinning wicket,” he added.

New Zealand pacer Trent Boult, who was suffering from an injury, is fit and raring to go, Gambhir said: “He is raring to go and we see him as a wicket-taking the option. We have never had a left arm seamer. Hopefully, he will do it for us.” 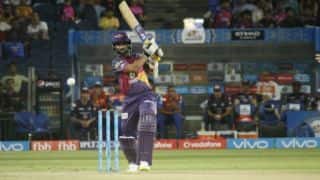 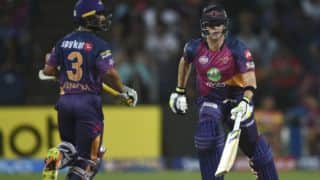