This is the second edition of the tournament to be played under the Twenty 20 format while overall it is sixth.

The Asian Cricket Council (ACC) Women’s Asia Cup gets underway from November 27 2016 with as many as 6 nations participating from the subcontinent. This is the second edition of the tournament to be played under the Twenty20 format while overall it is sixth. This edition is being played in Thailand with all the matches being played at Asian Institute of Technology Ground and Terdthai Cricket Ground in Bangkok. India, Pakistan, Bangladesh, Sri Lanka, Thailand and Nepal are the 6 teams who are gracing their presence in the tournament. Thailand and Nepal are the two qualifying teams who made it through a Women’s World Cup Asia Qualifier tournament.

Defending champions India women are being led by new skipper Harmanpreet Kaur. Harmanpreet, the first Indian cricketer to be signed by Sydney Sixers in Women’s Big Bash League (BBL), has a promising squad along with her. She will be supported by the veteran Mithali Raj and also has the able services of Jhulan Goswami, Ekta Bisht. Smriti Madhana and Veda Krishnamurthy at her disposal.

Pakistan team is being led by Bismah Maroof while Sri Lanka women have Hasini Perera as their skipper. Perera is not their regular skipper and has replaced the regular captain, Shashikala Siriwardena, who has bowed out of the tournament due to injury. Nepal and Thailand are being led by Sornnarin Tippoch and Rubina Chhetry Belbashi respectively. Lastly, Bangladesh women have Rumana Ahmed as the leader of their pack.

Indian women’s cricket team have a phenomenal chance to repeat their success from the previous edition and also replicate the men’s team’s performance from Asia Cup 2016, Bangladesh. MS Dhoni and co. lifted the title without dropping a single game and the same will be on Harmanpreet and co’s mind.

The points table is updated till match No. 13 played between India Women vs Nepal Women, wherein the former side prevailed over Nepal by 99 runs. 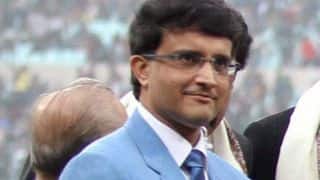