"Only the accounts were passed today and no other decision was taken on the day," BCCI secretary Sanjay Patel

Board of Control for Cricket in India (BCCI) president-in exile N Srinivasan on Tuesday chaired a finance committee meeting of the Asian Cricket Council  which saw the annual audited accounts being passed.

The meeting was of short duration and no other topics including the ACC (U-23) Emerging Meet was discussed at the meeting. “Only the accounts were passed today and no other decision was taken on the day,” BCCI secretary Sanjay Patel said. One of the notable members, who attended the meeting was Nishantha Ranatunga, secretary of Sri Lanka Cricket (SLC).

From India, apart from Srinivasan, who is also the chairman of the finance committee, the meeting was attended by Patel and General Manager (Cricket Operations) MV Sridhar. From Pakistan, Badar Mohammed Khan attended the meeting. While nobody wanted to come on record but according to sources, the members expressed their support for Srinivasan, who will be taking over as the chairman of the ICC Executive Board, early next month. 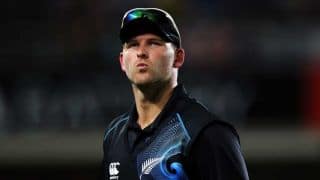 IPL 2014: Corey Anderson admits to being uncomfortable with T20 format 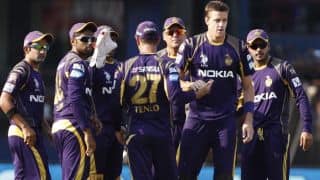