Adam Gilchrist's congratulatory message contained a picture that is very close to the hearts of the Indian cricket fans.

India captain MS Dhoni became the 17th cricketer overall in One-Day Internationals (ODIs) to score 9,000 runs, during the third match against New Zealand, and congratulatory messages are still coming in for the venerable cricketer. Dhoni is the fifth Indian ever to cross the milestone, and he did it in style by hitting a fantastic six down the ground during India s chase of 286 in the third ODI at Delhi. While the cricketing fraternity was all praise for Dhoni when he achieved the feat, former Australian cricketer Adam Gilchrist ensured that he might have been the last in the queue but not the least for congratulating Dhoni. PHOTO: MS Dhoni takes hummer from Ranchi airport; drives New Zealand players crazy

And Gilchrist did it in style. His congratulatory message contained a picture that is very close to the hearts of the Indian cricket fans Dhoni hitting a six off Nuwan Kulasekara in the final of the ICC Cricket World Cup 2011 at the Wankhede Stadium in Mumbai. In the background is the former Sri Lankan captain Kumar Sangakkara, who also found a mention in Gilchrist s congratulatory message for Dhoni. While it is clear that among the Australians, it is former captain Michael Clarke who has always made his liking of Dhoni clear, Gilchrist s message for the Indian captain is certainly pleasing.

A day or so late, but huge congrats to #MSDhoni on reaching #9000 ODI runs. Cool, calm, collected at all times. Never more so than in the image above #CWCup2011 The bloke behind him went ok as well! #Sanga

On Sunday, Dhoni also broke the record of most sixes by an Indian in ODI cricket, when he went past Sachin Tendulkar s record of 195 hits over the park. Dhoni, who scored 80 in India s 7-wicket victory, slammed 3 sixes and also trumped Sourav Ganguly in hitting most sixes as an Indian captain. 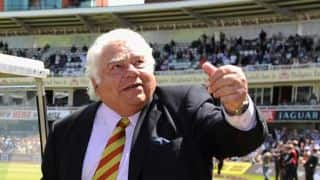 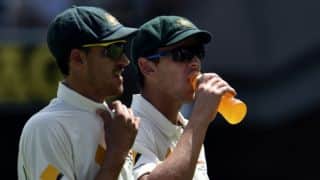