"I hope Indian players could play in the future because Australia and other nations have made concessions to play in Indian Premier League." - Adam Gilchrist

Former Australian wicketkeeper Adam Gilchrist believes Indian cricketers’ participation in Big Bash League (BBL) will help it scale new heights. The first season of BBL was held in 2011, and ever since its inception, no Indian player has ever featured in it. As the league is held between December and January every year, Indian cricketers are busy playing Board of Control for Cricket in India’s (BCCI) domestic tournaments. However, now that BCCI has its own T20 tournament named Indian Premier League (IPL), some believe say that the board does not wish its players to feature in leagues that are not affiliated with it. Read: Sachin Tendulkar, Brian Lara, Adam Gilchrist among Ravichandran Ashwin’s all-time International XI

“It’s a challenging one because India’s cricket season is on during the BBL, so the seasons overlap. I hope Indian players could play in the future because Australia and other nations have made concessions to play in their tournament (IPL),” Gilchrist told Cricbuzz during Cricket Australia’s official BBL 2016-17 launch in Sydney.

Gilchrist believes Indian players’ participation will benefit not only them but also the game as well. “I think it would be a huge boost for the game and also for the Indian cricketers to gain experience in these conditions and these tournaments rather than have a blinkered view. I think it would be wonderful if all nations were represented in the BBL. Then it would come down to the individual players if they wanted to be part of it. It is encouraging India’s women’s players have been given the green light to play in the WBBL, so hopefully down the track the men’s players are available to play in the BBL.” Read: Adam Gilchrist: Harbhajan Singh, Muttiah Muralitharan toughest bowlers I ever faced

Every year, BBL clashes with other international fixtures. And, evidently, due to different formats and leagues, cricket has different types of audience as well. “I think interest will always be cyclical. I think if the cricket is good quality, whether international or domestic, then people will be interested and want to watch it. Clearly last summer’s international schedule was not up to the quality of other summers. But South Africa are coming this summer, so I think there will be plenty to keep people entertained in all the formats.” Read: Rahul Dravid right man to coach India, believes Adam Gilchrist

Last year we saw Women’s Big Bash League burst into the scenes. “It just seems the last three years has gotten bigger each year for the BBL. Last year seemed to really be the breakthrough. I think the addition of the WBBL created a greater awareness and focus on T20 cricket. I really do think it has cemented itself in the sport summer fabric of Australia.” 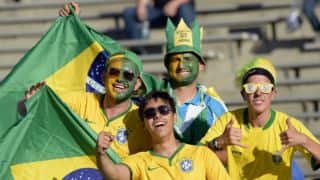