Adam Hollioake has decided to stay on, despite a suicide bombing on Wednesday, at the Kabul International Stadium.

Afghanistan is not one of the safest nations to play cricket in. Just like Pakistan, the security situation is questionable, with continuous suicide-bombing troubling the nation and their cricket. Meanwhile, Adam Hollioake, who is on a two-week coaching stint in Shpageeza Cricket League, has decided to stay on, despite the bomb attack at the Kabul International Stadium.

He said that he was chosen to do a particular job and is just doing it. Also, what surprised him is the emotion people have shown for the game, which in return proves how passionate they are for the sport in the nation, regardless of the conditions or situations around. Afghanistan fans show love and support to cricket during Shpageeza Cricket League

“I wanted to stay until the job was done, I don’t like walking out on anything. This isn’t a Hollywood movie, this is their everyday life. I wanted to give those people the respect that they are due and that they have afforded me and not make an emotional decision. You come to this part of the world and you expect it, but these guys are another level. It is an exciting time for them. They have just got Test match status and the buzz and hype around cricket in Afghanistan is off the scale. They’re the memories I will take with me. The fact that they’re still managing to play cricket with these conditions around them shows how passionate they are,” said Hollioake, as reported by BBC Sport. Sushma Swaraj praises Afghanistan cricket for attaining Test status

Describing the security process, Hollioake said, “The protocol is that we have three stages of security. They have to get through the first stage, which this probably was, about 100m from the ground; then there is the second stage, which is about 50m from the ground, and the final stage is about 15-20m from the ground.” Suicide bomb-attack kills 3 outside Afghanistan Stadium during Shpageeza T20 League

“The gentleman was caught at the first checkpoint and, on being caught, he detonated his device and, unfortunately, several of our security and some members of the public were killed. I could feel the vibrations go through my body. I wanted to make an educated decision. I needed to take all the information into account. I did that and the decision I made to stay was based on the fact that I was going to be safe,” he added.

“I’m looking to further my career in coaching. I’ve recently been talking with the England and Wales Cricket board and have been offered a contract with the England Lions this winter for their tour to Australia, which coincides with the Ashes. I just have to take each day as it comes and try to keep improving as a coach. I’m starting at the bottom of the ladder and I’ve got to work myself up and prove myself as a coach. This is an opportunity out here to do so. Hopefully, every time I coach is an opportunity to prove myself,” he concluded. 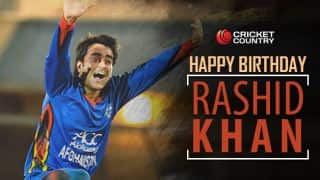