"I know I'm good enough at this level. I can do it, it's just about doing it consistently."

London: Adam Lyth, the 27-year England opener  insisted his Test career was far from over. “This experience has made me hungrier, you don’t become a bad player overnight and you don’t in five games either,” the left-hander wrote on his Facebook page. “I can’t really put my low scores down to one thing. The Aussies have bowled well in testing conditions, I have copped some decent balls but I’ve played some bad shots which I’m disappointed about.” Lyth added, “I’m not one to point at excuses at all, I’ve been hitting the ball well all summer but I just haven’t done it out in the middle in this Ashes 2015 series.

“I know I’m good enough at this level. I can do it, it’s just about doing it consistently.” Consistency is something Moeen Ali is still searching for as a bowler, which is not surprising given he has often found himself deployed as Worcestershire second spinner behind Pakistan’s Saeed Ajmal. The Ashes saw Ali take 12 wickets at an expensive average of 45.5.

“I wasn’t happy with my bowling again,” the 28-year-old Ali said after England’s defeat at The Oval. I know I took three wickets but I was expensive. It hasn’t been easy in this series because they’ve been coming at me, and sometimes even when you bowl well you get hit for fours. I’ll speak to people like Saeed Ajmal at Worcester about what’s been happening but mostly it will be about working it out for myself,” the England opener added. 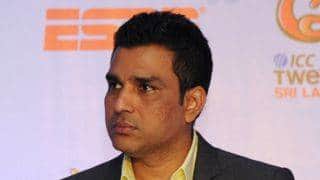 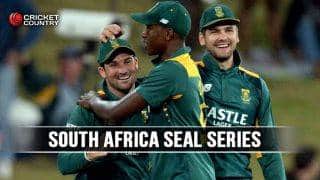