Injury hit quick bowlers Adam Milne and Mitchell McClenaghan are in the mix for the Champions Trophy, but Kiwi head coach Mike Hesson feels the challenge is getting them enough cricket to test their fitness.

New Zealand are readily excited to welcome back their injury hit quick bowlers Adam Milne and Mitchell McClenaghan for the Champions Trophy but the head coach, Mike Hesson feels the challenge is getting them enough cricket to test their fitness. Both Milne and McClenaghan have spent a lot of time on the sidelines after they were injured in the last season. Milne was down since the last Indian Premier League (IPL) season with elbow, hand and back injuries while McClenaghan was recently out with an ankle injury, following eye and pelvis injuries in 2016.

Both the players were part of the ICC Cricket World Cup 2015 squad. Milne, a right arm fast bowler, was a regular in the side but after his injury in the quarter-final, he was sent back. The pair made an international appearance in the World T20 against England in March last year. Milne was supposed to make his appearance in a warm up match for New Zealand XI against South Africa but it got washed out.

The obstacle in front of both the players now is that they only have the chance to play in domestic championship Plunket Shield to push for positions in the One-Day International (ODI) squad. The pair has not made any appearance in First-Class cricket since December 2015 and both are retained players with their IPL teams for the 2017 edition.

There is good chance that Milne could take part in the Plunket Shield for Central Districts before end of season. According to ESPNcricinfo, last week, their coach Heinrich Malan told the New Zealand Herald: “There might be an opportunity and we have him on specific workloads to build up that resilience. It’s not just bowling but spending time on the park for four days. We believe that’s something Adam would benefit from and hopefully that falls in with plans from the Black Caps to get over that line.”

Speaking on Milne and McClenaghan’s return, coach Hesson said “our one-day side has been relatively settled but we’ve had some pinnacle events where we’ve tried to put our best team on the park, such as the Chappell-Hadlee, but we do have some players coming back from injury as well who will need to be considered.”It will be challenging because there’s not a heck of a lot of cricket for them to play, but the likes of Milne and McClenaghan will certainly have to come into consideration,” Hesson added. 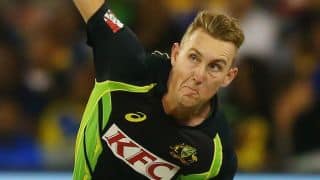 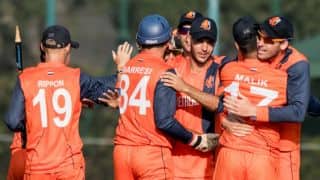