If Adam Voges doesn t get a chance to play another Test for Australia, he would end his 20-Test career with a remarkable average of 61.87.

Melbourne: Veteran Australian batsman Adam Voges has admitted that it will be tough to get his spot back into the Test squad after missing the successful day-night Test match against South Africa due to concussion. Voges was omitted for Australia’s pink ball third Test against the Proteas in Adelaide after being struck at the back of the helmet while attempting to evade a Cam Stevenson bouncer during Western Australia’s Sheffield Shield clash against Tasmania at the WACA Ground in Perth. The 37-year-old is now well aware that he is all set to be dropped from the Australian team following his lean start to the series against the Proteas, including finishing with a duck and two runs in his side s humiliating defeat by an innings and 80 runs in the second Test in Hobart.

I think it s going to be tough, to be honest .I always felt that at my age if I missed any games through injury or form, getting my spot back was always going to be tough, news.com.au quoted Voges as saying. However, the right-handed batsman would now line up in Western Australia s day-night Sheffield Shield clash against Queensland at the WACA Ground, starting on Monday. Reflecting on the same, the Australian batter insisted he is geared up to guide Western Australia to Sheffield Shield glory this summer. It is what it is. I m just looking forward to playing for WA on Monday. It s been a tough start. It s a real focus of mine now to help the guys get a win on the board and get the season back on track, Voges said.

With the way the ladder s positioned, we re two wins off second spot. While it hasn t been an ideal start, it s not all doom and gloom, he added. If Voges doesn t get a chance to play another match for his side, he would end his 20-Test career with a remarkable average of 61.87. 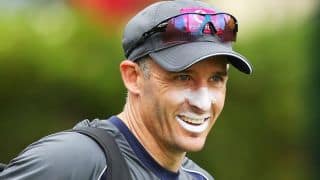 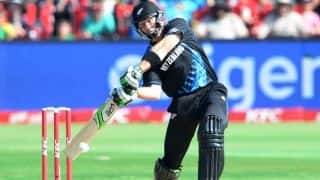