Batting legend VVS Laxman has pointed out India's middle order as an area of concern.

Batting legend VVS Laxman has pointed out India‘s middle order as an area of concern saying they must learn being more adaptable and aware of situation for sustained success.

Laxman’s observation is based on India’s recent defeat to South Africa in the third and final T20I in Bengaluru that saw them let go of a chance to clinch the series. At one after Virat Kohli‘s surprising decision to bat first, the hosts were in a strong position at 63/1 in 7.1 overs but a middle-order collapse saw them finishing on 134/9, a total that was easily overhauled by the tourists.

Laxman said India, especially in limited-overs cricket, are heavily dependent on their top-three to do the bulk of scoring which means middle-order gets tested rarely. “…the sustained success of any unit lies in its adaptability and situational awareness, and I think that’s a lesson the Indian middle-order would have learnt,” Laxman wrote in his column for The Times of India. “Like in 50-over cricket, India look to their top three to do the bulk of the heavy lifting in T20s too. As a result, the middle-order is sometimes light on chances, which is why when you get them, you must make the most of the opportunities. Unfortunately, that didn’t happen on Sunday night, which is why from 63 for one, India could only manage 134.”

But Laxman, who played 134 Tests and 86 ODIs, doesn’t read too much into the defeat is part of India’s plan as they work to build a solid team for next year’s T20 World Cup in Australia. “Defeat at the Chinnaswamy Stadium is a setback, but nothing more than that, as the team sets about formalising its game plans and strategies. It has been obvious for a while now that India have identified aggressive batting as the way to go forward in T20s, especially given the depth that sees Washington Sundar come in at No. 9 and Deepak Chahar at No. 10,” he wrote. 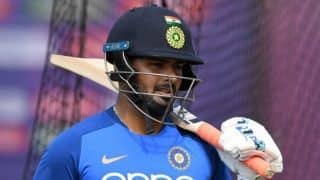 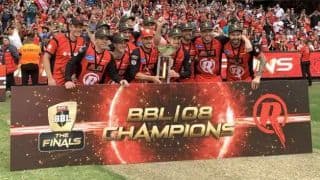