The deal comes less than three days after Rashid was named in England s Test squad to play Sri Lanka in November.

Adil Rashid has inked a one-year, all-format contract with Yorkshire two months after he returned to England s Test squad despite turning his back on red-ball cricket in February in order to focus on the 50 and 20-over formats.

The deal comes less than three days after Rashid was named in England s Test squad to play Sri Lanka in November, and has been signed keeping in mind national selector Ed Smith s brief to the legspinner that he would need a red-ball contract in order to be considered for England s home Tests in 2019, which include the Ashes.

It was a big surprise that he wanted to play white-ball only and asked us for a white-ball only contract, Yorkshire s Director of Cricket Martyn Moxon said in a statement. That changed very quickly and unexpectedly, so that created a bit of confusion and instability for a little while. But I think we ve been clear from the outset that we wanted to keep Adil at the club. When it became known he had to have a red-ball contract, we were more than happy to put that in place.

Rashid, 30, took 10 wickets in five Tests against India at home.

There s been a lot of talk and speculation but Adil is a very valuable cricketer for us, Moxon said. Now he s in the test team, how much he ll be available for us next season is unclear. But when he is available, we d be delighted to have him and for him to be part of what would hopefully be a successful summer. 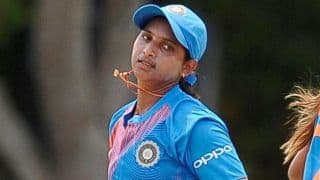