Verma in his letter urged Modi to come forward intake initiative for a corruption-free BCCI.

The defunct Cricket Association of Bihar (CAB) secretary and face of anti-N Srinivasan camp, Aditya Verma on Monday wrote a letter to Prime Minister-designate Narendra Modi urging him to help young cricketers of his state and take action against the Board of Control for Cricket in India’s (BCCI) president in-exile N Srinivasan.

In his letter, Verma requested Modi to intervene by constituting an Ad-Hoc body to run cricket in the state and alleged as to how neighbouring Jharkhand “fraudulently snatched recognition from Bihar”.

Verma in his letter urged Modi to come forward intake initiative for a corruption-free BCCI.

“If you will not care or interfere in the functioning of BCCI, nobody can save the institution. Mr Srinivasan and some his loyal associations [not only] hijacked the BCCI [but] they are also violating the Hon’ble (Supreme) Court’s orders through his illegal function,” Verma said. 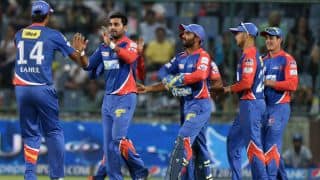