Aditya Verma has written to the IG Registrar.

The petitioner in the Indian Premier League (IPL) 2014 spot-fixing case, Aditya Verma, has written a letter to the IG Registrar in Chennai requesting the institution to take appropriate measures to stop the Board of Control for Cricket in India (BCCI) from postponing its Annual General Meeting (AGM) beyond September 30.

“My legal counsel Chandrasekhar Verma has written to IG Registrar, Chennai, on my behalf to take initiative so that the BCCI conducts its AGM within September 30 as it has been the case for 86 years. This is being done to ensure that N Srinivasan can retain his BCCI president’s post,” Verma told PTI on Friday.

The defunct Cricket Association of Bihar (CAB) secretary also said that he has sent a copy of the letter to the Supreme Court appointed probe commission headed by Justice Mukul Mudgal. “A copy of the letter has been sent to Mudgal commission. My counsel has requested the Registrar to intimate if BCCI make any move to postpone the AGM. I guess they will decide their action during the informal meeting on September 7,” Verma added. 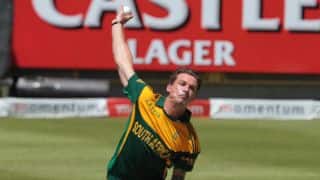