Cricket Association of Bihar was de-recognised in 2001.

Stepping up his tirade against Board of Control for Cricket in India (BCCI) President-in-exile N Srinivasan, Cricket Association of Bihar (CAB) Secretary Aditya Verma shot off missives to the Prime Ministers of India, England and Australia to intervene in the matter through the parent body International Cricket Council (ICC).

Verma also appealed to BCCI and its affiliated units not to nominate the “tainted” Srinivasan in a separate letter urging them to reply in a week or else he would take up his ‘battle’ to the Supreme Court of India.

Claiming that Srinivasan had violated the Apex Court’s order by representing BCCI at the ICC and ACC, Verma said: “It seems he considers himself to be higher than the Supreme Court, I don’t understand what Mr Srinivasan is made of.”

Explaining the reason to write to the three nations, Verma said: “It’s because India, England and Australia are the powerhouses of world cricket. If the PMs of the respective country put pressure on their respective Boards, I think Srinivasan can be removed.”

“Nobody in the Indian cricket wants to come face to face and oppose him… Why the affiliated units are keeping mum, we can’t tolerate all this. I’ve full faith in the legal system, justice can be delayed but not denied,” he said referring to the Supreme Court order which required Srinivasan to step down till the completion of the probe into the spot-fixing scandal.

“When the whole world including the highest court of India found that something was seriously wrong with Mr Srinivasan, why your countries’ top cricket Board officials accepted the creation of a special post for him as Chairman of the ICC and elected him unopposed?” Verma asked in the letter to the PMs of the three nations.

“I request you to kindly take advice from legal counsels and go through the whole case carefully,” he stated.

Verma said his battle against Srinivasan was actually an offshoot of his long struggle to get back affiliation to the CAB, which was derecognised by BCCI in 2001.

“Tears come to my eyes looking at the plight of our budding cricketers who are not getting any chance just because of the disaffiliation. The BCCI is so indifferent to us…

“Two generations of cricketers have been lost from a state which had produced many Indian cricketers like Saba Karim and Subroto Banerjee. I will however continue to fight till I bring back the status,” Verma said.

He claimed he had received many threat calls and was also lured by money amounting to something he had not dreamt of. He further said the Cricket Association of Bengal would in fact benefit if his battle succeeds as it’s the East Zone’s turn to nominate the President during the upcoming BCCI AGM in September.

Referring to Clause 15 which he said was coming in the way, Verma said: “Under the clause, Srinivisan can still retain the post if he gets support from East Zone members.

I’ve appealed for its amendment… We also want to be a part of the East Zone at some point of time.” 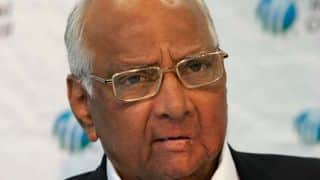