Three Mumbai cricketers were disallowed to take part in the Vijay Merchant Trophy on Thursday in Valsad against Gujarat.

Not long back, former India cricketer Sachin Tendulkar spoke of the overage menace and how it can prove to be detrimental for cricket in the country. Tendulkar raised the issue when he met the new Apex Council of the Mumbai Cricket Association. Now, it has come to light that three promising Mumbai cricketers have been disallowed to take part in the Vijay Merchant Trophy on Thursday in Valsad against Gujarat.

What is startling is the fact that the fault is not of the cricketers, but an administrative lapse. BCCI said that the three cricketers cannot take part in the U-16 tournament because as per their bone test [conducted last season] they are now eligible for the U-19 category.

BCCI now claims that it had informed MCA about it last season itself. When the selection trial tournament [Kalpesh Koli] for the Mumbai U-16 team took place, the three cricketers impressed the management with their performances. It is now understood that the boys had approached the MCA earlier to get their bone test done, but they were informed that it is not necessary as the Indian board had conducted the tests last year.

“It is mandatory for every cricketer to undergo a bone test when they first enter the BCCI system at the U-16 category. That record is forever with the BCCI. Every cricketer’s age is taken into account on that basis. So, in this case, the three boys have had to suffer for no fault of theirs,” according to Mid-Day source.

MCA secretary Sanjay Naik has now given an assurance that he will look into the issue. “We will look into how this technical error took place. We will ensure such things do not occur again,” Naik told mid-day. 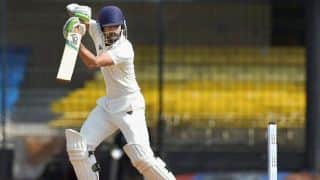