AFG vs NZ, Match 13, ICC Cricket World Cup 2019, LIVE streaming: Teams, time in IST and where to watch on

Not much history to write about between these two sides. Just one meeting between Afghanistan and New Zealand in ODIs that too way back in the 2015 edition of the World Cup. Four years then since these two teams squared off in a 50-over match.

New Zealand won that meeting en route to a maiden final appearance then. This time around, they are still the favourites having registered contrasting wins from two matches of the ongoing ICC World Cup 2019.

Afghanistan, expectedly, have shown the fight. They nearly toppled Sri Lanka in their previous match before their batsmen failed to chase down a low total. Promises to be an interesting contest. 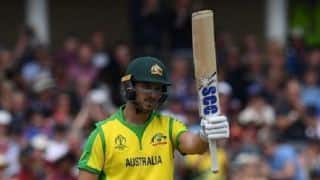 Cricket World Cup 2019: I took none for 70: 92 runs versus West Indies notwithstanding Nathan Coulter-Nile may not play against India