Afghanistan's innings lasted just 97 deliveries, which is one of the fastest all out innings in ODI history.

Zimbabwe bowled Afghanistan out for just 58 in the third One-Day International (ODI) at Sharjah. The innings got over in just 97 deliveries, which means that this is the fourth shortest completed innings in ODI history. The quickest to get over was Namibia, who were bowled out by Australia for 45 in just 84 deliveries in the ICC Cricket World Cup 2003 group stage match at Potchefstroom in South Africa. Canada, Zimbabwe and Bermuda have also been bowled out facing less than 100 deliveries as well. Coming back to the match in hand, Zimbabwe had set Afghanistan a target of 176 to win. Zimbabwe were struggling at 49 for 7 at one stage. FULL CRICKET SCORECARD: Afghanistan vs Zimbabwe, Live Score, 3rd ODI at Sharjah

Hamilton Masakadza and Graeme Cremer put on 104 for the eighth wicket, which took Zimbabwe past the 100-run mark. That partnership turned out to be a match-winning one as Afghanistan fell short by 117 runs. Luke Jongwe was the pick of the Zimbabwe bowlers as he finished with figures of 5 for 6 in 5.1 overs. Despite this win, Afghanistan still lead the series 2-1, with the next match scheduled to be played at the same venue on January 4. Zimbabwe will want to win that match and take the series to the final match. Afghanistan have already registered a series win over Zimbabwe when they toured them in 2015. They will look to repeat the same feat once again. FULL CRICKET UPDATES: Afghanistan vs Zimbabwe 2015-16, 3rd ODI at Sharjah

Afghanistan and Zimbabwe also play a couple of T20 Internationals (T20I) after the ODI series. This series has been an exciting one so far and it is Zimbabwe, who begin 2016 on a winning note. Afghanistan will look to bounce right back in the next match. 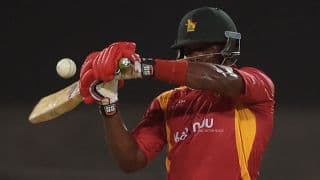 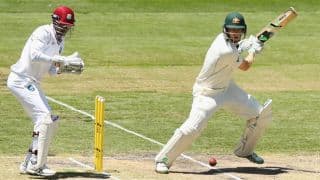