Afghanistan, Ireland set to face each other in ODI, T20I series in India

Afghanistan, Ireland set to face each other in ODI, T20I series in India

Ireland and Afghanistan are expected to tour India in March 2017.

Ireland and Afghanistan are all set to play a total of 9 matches in India in March 2016. The two teams will face each other in three T20 Internationals (T20I), five One-Day Internationals (ODI) and also their four-day ICC Intercontinental Cup match. All the matches will be played at The Greater Noida Cricket Stadium.  The tour will start with the T20I series, beginning from March 8, 2017 and go on till March 11. The ODI series will begin from March 15. The ICC Intercontinental Cup match will take place between March 28-31. Ireland and Afghanistan recently played an ODI series in Ireland, where the series ended in a 2-2 draw. READ: Ed Joyce jumps to No.24 in ICC ODI Rankings

Ireland coach John Bracewell is excited with this tour. “This will be a great opportunity for the squad to test themselves in nine matches across three formats,” said Cricket Ireland Head Coach John Bracewell, according to newsletter.co.uk. READ: ICC reprimand Mohammad Nabi for breaching code of conduct

“Games between the sides are always competitive and I expect more of the same in this series. It’s always good for a team’s development to test themselves in different conditions, and there’s no better place than India to do that. I’m sure the younger players in particular will benefit from playing in sub-continental conditions and it will enrich their cricketing experience. It certainly promises to be an exciting month’s cricket and one which the players will relish.”

CEO of Afghanistan Cricket Shafiq Stanikzai, says he is looking forward to this series. “We are really looking forward to hosting the Irish team. This will be a great contest between well-suited teams, continuing their close rivalry, and will also count towards qualification for the Cricket World Cup in 2019,” he said. 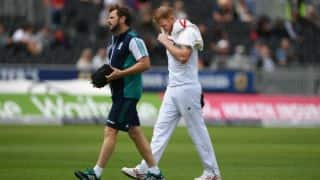 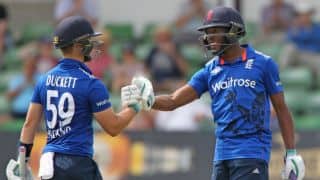