Afghanistan, Nepal still waiting for response from BCCI regarding usage of training facilities

Afghanistan, Nepal still waiting for response from BCCI regarding usage of training facilities

ACB, CAN are yet to hear from BCCI about using training facilities in India.

It has been atleast six months since the Afghanistan Cricket Board (ACB) and Cricket Association of Nepal (CAN) had requested Board of Control for Cricket in India (BCCI) to use the training facilities in India but the Indian board is yet to table the proposals in any of its meetings.

Afghanistan and Nepal have come up with impressive performance recently and their cricket boards have been requesting BCCI to help raise the profile of the game in their respective countries.

However, BCCI is yet to pay any heed to their requests.

“When I was in Mumbai for Sachin Tendulkar’s 200th Test [in November 2013], I had a meeting with select BCCI officials and we expressed our desire to use the infrastructure and technical expertise in India that would help our players immensely,” Dr Noor Murad, ACB chief executive, told ESPNcricinfo from UK.

“So far, there has been no response. But we are optimistic that the BCCI will help our endeavour of raising the profile of the game in Afghanistan as well as help the international image of the country, which had been engulfed in war for so many years,” he added.

Ashok Nath Pyarkuryal, the CAN secretary, was also hopeful for a positive response from the BCCI.

“Ever since the Asian Cricket Council in Malaysia last year, we have been requesting the BCCI to let us use the modern facilities and possibly allow some of our teams to participate in a few tournaments in India,” Pyakuryal said.

“We are waiting to hear from them. The CAN representative also reminded the BCCI officials about the same on the sidelines of the ACC finance committee meeting in Chennai earlier this week, and they have promised to look into it.”

The BCCI has so far maintained a silence on the issue and it is believed that a few high-ranking officials of the board are not too enthusiastic about the idea of letting the game grow beyond the Full Members.

Murad, however, is still hopeful that the BCCI will help out Afghanistan.

“Had it not been for the BCCI’s initiative, Afghanistan would not have been included in the Asia Cup,” he said.

“Ours is a unique case in the world of cricket, and with the situation that we are dealing with back home, we hope that BCCI helps us out like a big brother. In fact, we have also been pursuing this matter with the Indian Embassy in Afghanistan and the ambassador has promised us help.”

Touring nations sharpening their skills at various state associations and private academies have been a practice till last year but the BCCI has disallowed any of its members to host overseas teams without prior permission from the parent body after England Lions trained at the Dr DY Patil Sport Academy in Mumbai during India’s home series against England in 2012.

First Published on
Last updated on May 31, 2014 10:31 AM IST
TOPICS:
India BCCI Afghanistan ACB Nepal CAN 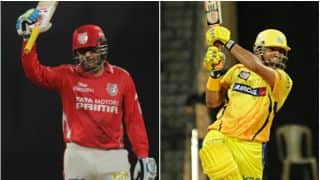 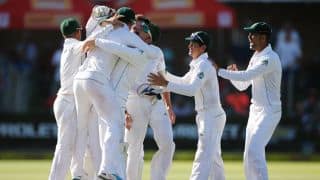