Both Afghanistan and Ireland will engage themselves in a three-match ODI series battle, starting Tuesday at Sharjah.

Both Afghanistan and Ireland have been the latest entrants in the field of Test cricket. However, there is still some time before both the teams play their maiden Test match. Meanwhile, they will engage themselves in a three-match ODI series battle, starting Tuesday at the Sharjah Cricket Association Stadium. The series would be a warm-up ahead of the ICC Cricket World Cup Qualifier 2018, slated to get underway from March 2018 in Zimbabwe, to determine the ninth and 10 team participating in the 2019 ICC World Cup in England and Wales. Both these teams have played each other quite of late, as they have engaged themselves in a series of five ODIs, three T20Is and an ICC Intercontinental Cup tie in Greater Noida in March 2017. FULL CRICKET SCORECARD: Afghanistan vs Ireland in UAE 2017-18, 1st ODI at Sharjah

Afghanistan has had the upper hand against Ireland so far, as they back themselves to come up with some real good performance against Ireland, starting Tuesday. Afghanistan’s Rashid Khan has been the most impactful spinner for them, having come up with some real fine performance, while he also had a good show in the IPL 2017. With the tracks in Sharjah known to assist spinners, Rashid would play a crucial role for Afghanistan, while Ireland could be set for a tough time.

As for Ireland, Paul Sterling would be the man to watch out as he has had countered Rashid well in the past. With Edjoyce missing out owing to a knee injury while playing against scotland last week, Sterling would have a tough job to the lead the Irish batting. As for their bowling, Tim Murtagh, Peter Chase and Boyd Rankin could come in handly along with spinner George Dockrell.

Afghanistan batsmen in the form of Asghar Stanikzai and Rahmat Shah, who have scored twin centuries over United Arab Emirates (UAE), in their last matches, are all set to lead the Afghan batting line-up as the series is all posied for an interesting contest. 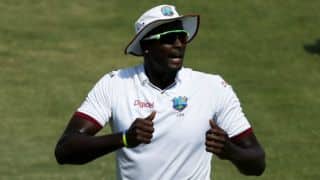