Dehradun: Afghanistan overcame a mini collapse to post a competitive 167 for eight against Bangladesh in the opening T20 International of the three-match series. Wicketkeeper-batsman Mohammad Shahzad (40 off 37) entertained the Dehradun crowd which turned up in huge numbers to watch the first ever international game in the state. The enthusiasm amongst the fans was palpable with many walking as much as three kilometers to enter the 25,000 capacity stadium which was surrounded by a heavy security cover.

There were some teething troubles at the venue which otherwise looked spick and span. The wicket played slow as expected but Shahzad picked his spots well to bludgeon five boundaries. He shared a 62-run stand for the opening wicket with Usman Ghani (26 off 24), who too hit some lusty blows.

The fall of the openers triggered a middle order collapse with Afghanistan feeling the heat at 91 for four from a promising 62 for one in the ninth over. It was off-spinner Mahmudullah who removed Najibullah Zadran and the seasoned Mohammad Nabi in the 14th over to bring Bangladesh back into the game.

However, Samiullah Shenwari (36 off 18) and Shafiqullah Shafiq (24 off 8) displayed brutal hitting in the death overs to take the team to a challenging total on a testing surface. They both smashed three sixes apiece, much to the delight of the crowd. 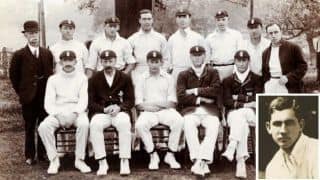