Ireland to play 16 Tests as per new FTP during the same time frame.

Ireland and Afghanistan are set to play a combined total of 29 Tests between 2019 and 2023. Both the countries finalised their Future Tours Programme (FTP) on Tuesday, where Ireland will play 16 Tests while Afghanistan will play 13. The FTP would have to be approved by ICC on June 2018.

However, even before the FTP came into place, the new Test playing nations secured their opponents beforehand. Afghanistan will kickoff their Test cricket journey against India while Ireland will host Pakistan in 2018. The schedule and venue for India-Afghanistan Tests is to be finalised.

If one has to compare the Ireland and Afghanistan roster, the former boasts of a richer one. Ireland will be playing against Australia in 2019, Sri Lanka in 2020 and England in 2021. Ireland will also be hosting New Zealand as well as South Africa in 2022, as reported on ESPNcricinfo.

On the other hand, Australia is the only top team that Afghanistan will play against in 2020 and 2022. The other opponents in Afghanistan s FTP are West Indies, Sri Lanka, Bangladesh and Ireland. 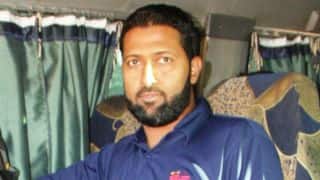