The Board of Control for Cricket in India (BCCI) and Afghanistan Cricket Board (ACB) have signed a Memorandum of Understanding (Mou), which where in it says that Afghanistan will train and play all their home matches in India. The venue sfor the same is yet to be announced. BCCI Secretary and Indian Premier League (IPL) Chairman Rajeev Shukla met the officials from ACB and signed the MoU. Afghanistan recently played a bilateral series against Zimbabwe in Zimbabwe. Afghanistan were highly successful as the won the One-Day International (ODI) series 3-2 and completed a whitewash over the same opponent in a three-match series. READ: Anurag Thakur: India can’t play Pakistan when people are dying at the border

Afghanistan also played in the ICC Cricket World Cup 2015 for the very first time, where they won their first ever match in history. They almost won the match against Sri Lanka in the tournament but Mahela Jayawardene’s century ensured that Sri Lanka got home safely. Thakur took to Twitter to express his delight about the MoU. He wrote, “Delighted to share that Afghanistan Crickets home ground will be in India,to train & play matches.” READ: Anurag Thakur: BCCI has asked Government’s final clearance for Pakistan series

Earlier, Thakur had made comments about reasons as to why India and Pakistan cannot resume their bilateral ties. BCCI  secretary. Thakur has taken a 180 degree turn with his new comment on the cancelled bilateral series between India and Pakistan as he says the nations can’t engage in the game of cricket while there is severe unrest at the border.

“We cannot play cricket with Pakistan when people are dying on the border. We want peace with neighbours. Even the Prime Minister Modi wants that. But Pakistan have to be serious on terror,” as quoted by NDTV. 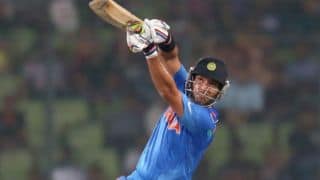 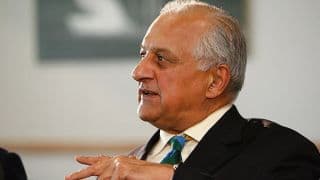