Ireland have not managed one victory on tour so far and now are in dangerous territory.

Ireland meet Afghanistan in Tuesday in the third ODI in Dehradun needing to win to keep the five-match series alive, and

After losing all three T20Is, also in Dehradun, Ireland suffered a five-wicket defeat to Afghanistan in the first ODI and the wash-out in the second has turned this game into a must-win for William Porterfield‘s team. (FULL SCHEDULE: Afghanistan vs Ireland 2019)

Ireland’s bowlers pulled Afghanistan back from another Hazratullah Zazai-fuelled start, before persistent rain ruined what was shaping up to be an intriguing contest. Building on that performance and getting more out of their pace bowlers is imperative for Ireland, otherwise they will have too much to do in the last two ODIs.

Afghanistan will be targeting another win, having beaten Ireland in in three T20Is and the opening ODI. They have few worries, and with each passing game in Dehradun have flexed their authority and increased their familiarity with the conditions.

A win on Tuesday will give Asghar Afghan‘s team an unassailable 2-0 lead.

What: Afghanistan vs Ireland, 3rd ODI

The ‘home’ team handed debuts to the wicketkeeper Ikram Ali Khil and left-arm pace bowler Sayed Shirzad in the last game, and with neither given a chance to showcase their skills in the rain-hit match, chances are that Afghanistan name the same XI.

Ireland gave James Cameron-Down his first ODI cap in the last game, but after four wicketless overs for 36 runs he may miss out.

Porterfield’s last ODI fifty was in March 2018. In seven innings since, he has a best of 20 and two zeroes.

Mujeeb Ur Rahman needs three wickets to become the fifth Afghanistan bowler to take 50 in ODIs.

Head-to-head, Ireland have won 10 of 21 completed ODIs against Afghanistan.

“The wickets, as compared to the T20s, are more spin-friendly, especially in that first ODI match. I think they will incline that way a lot more as we progress in the series. – Simi Singh, Ireland allrounder 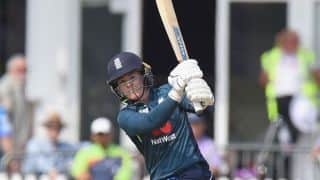 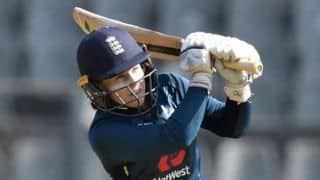