Ireland will like to win their first match of the tour and mark the 10th anniversary of their famous triumph from ICC World Cup 2007 in style.

From 83 for 1 in 9.3 overs, Ireland managed only 82 off the next 63 balls in the first T20I. From 60 for 1 in 5 overs, Irishmen faltered in a rain-curtailed chase in the next game. The dead rubber, again, saw them fall prey to pressure. From being 123 for 3 off 10.3 overs in the pursuit of 234, William Porterfield’s side eventually succumbed to a 28-run defeat. Moving on to the first of the five-match ODI series, the script remained the same. Porterfield’s hundred, coupled with Paul Stirling’s 68, added 157-run stand while chasing 293. Nonetheless, fate had its final say and Ireland were bowled out for 262 (from 206 for 2) in 46.5 overs to concede a 1-0 lead to Afghanistan.

No matter how much Porterfield tries to brush aside his side’s lower-order follies, he will have to find answers to finish off the innings and stage a comeback. The win ratio, however, is still in favour of the Irish camp. At 5-4, they will like to extend their dominance in the 50-over format and notch up their first win of the tour. Above all, March 17 will also be a joyous occasion for the Men in Green as it marks the 10th anniversary of their famous triumph against Pakistan in ICC Cricket World Cup 2007. They will like to pull off a similar performance and earn some momentum. Full Cricket Scorecard, Afghanistan vs Ireland, 2nd ODI at Greater NOIDA

Where do both camps stand?

Without doubt, Ireland’s bowling is weak. They lack a third seamer and certainly miss the services of Boyd Rankin. His fitness still remains a mystery. However, if Rankin plays, he will be an asset along with Tim Murtagh and Kevin O’Brien.

George Dockrell looked under control initially before being taken to the cleaners in the death overs. Jacob Mulder and Stirling’s part-time spin will again come handy to stop Afghanistan in the middle overs.

Porterfield, Stirling, Ed Joyce, O’Brien brothers and Gary Wilson form for a strong batting line-up. Nonetheless, their lower order will have to contribute. For that matter, Stuart Thompson was dropped to No. 7 spot from the openers’ slot in T20Is. He, along with Dockrell and Mulder, will have to play second fiddle to Wilson. Ireland cannot afford to fall flat in the fag end of their innings. The margin of error is diminishing with every defeat.

On the other hand, Afghanistan is certainly on a roll. Having power-hitters such as Mohammad Nabi, Mohammad Shahzad, Hashmatullah Shahidi along with elegant stroke-makers Noor Ali Zadran and Rahmat Shah, put them in good stead. Dawlat Zadran will again spearhead the pace attack along with Gulbadin Naib. Zadran’s later spells turned the nature of the first ODI on Wednesday. In the spin arsenal, Rashid Khan, Nabi and silent assassin Amir Hamza will look to curb the run-flow from their ends.

There are no demons on the pitch at Greater Noida. Both the sides have fared well with the willow, but Ireland’s lacklustre approach in finishing games has been the difference so far. Will we see a turnaround or Afghanistan will continue to add miseries to the opposition camp? Well, answers will be known to all by Friday evening. 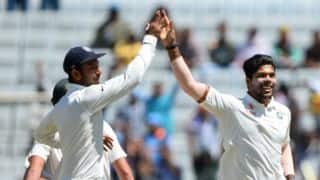 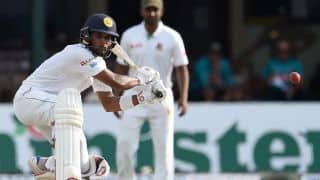