Zimbabwe will have to beat Afghanistan in this match to stay alive in the series.

Zimbabwe face-off against fellow Afghanistan in the third of the five-match One-Day International (ODI) series at the Sharjah Cricket Association Stadium on Saturday. There has been no doubt that Afghanistan have been in form in this format of the game, especially after winning their maiden ODI series in Zimbabwe a couple of months ago, and have been successful in coming up with the same winning performance as they lead the series 2-0, and would aim to take an unassailable 3-0 lead in the series. While Zimbabwe, on the other hand, had a terrible 2015, both with the bat and ball, as they slip out of the top 10 in the ODI rankings and will continue to slip further, if they do not shape up. Having lost the previous game by four wickets, they would be desperate to win the next couple of ties and stay alive in the series. SCORECARD: Afghanistan vs Zimbabwe 2015-16, 3rd ODI at Sharjah

Considering the performance in the previous game, Zimbabwe came up with an improved performance with the bat, unlike in the opening ODI, as they posted an almost challenging total of 253 for 7, with opener Peter Moor, scoring a half-century and Hamilton Masakadza scoring 47. However, it was middle-order batsman Craig Ervine, whose classy knock of 73 helped Zimbabwe post a good score.

Afghanistan, on the other hand, too, had a brilliant outing with the bat, unlike the opening tie, as they chased the total down comfortably, courtesy of a blistering innings of 131 from opener Mohammad Shahzad. There were also a couple of reasonable contribution from Noor Ali Zadrana and Mohammad Nabi of 31 and 33 respectively. READ: Mohammad Shahzad eclipses Nawroz Mangal for highest score by an Afghanistan batsman in ODIs

Afghanistan performed well with the ball with Dawlat Zadran, claiming 3 for 57, followed by Mohammad Nabi and Rokhan Barakzai, who claimed a couple for 49 and 45 respectively. For Zimbabwe, it was Elton Chigumbura, who claimed 3 for 32, along with Graeme Cremer and Sikandar Raza claiming a wicket each for 49 and 37 respectively.

Thus, going by the second ODI performance, Afghanistan are most likely to stick to the winning combination. While Zimbabwe, would again be making a couple of changes to get their combinations right, especially in the bowling department this time. Wellington Masakadza being the most expensive bowler in the previous game is likely to be dropped and could well be replaced by either of Chamu Chibhabha, Tendai Chisoro or Tinashe Panyangara. It could also be the same for Taurai Muzarabani, who was the second most expensive bowler, but judging him based on just a game would be a bit harsh and could likely be given anther chance to prove his worth. READ: Afghanistan enter the top 10 of ICC ODI rankings for the first time

With the game being played at the same venue, it would again be interesting to see how the teams set their combination, as the wicket has behaved differently in both the games, thus clearly making the track unpredictable. BA well balanced side will eventually come out on top. 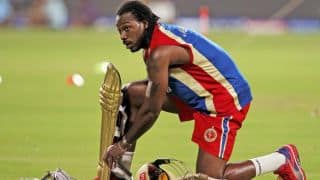 Chris Gayle: I don't really watch a lot of cricket 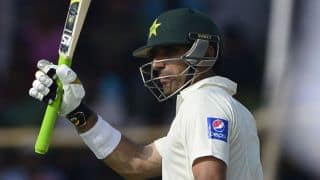