He has 137 wickets to his name in 106 T20s, including domestic and international matches.

Afghan leg-spinner Rashid Khan has once again made headlines, becoming the youngest to 100 T20 wickets. At 18 years and 360 days, Rashid achieved this feat playing for Band-e-Amir Dragons in the Shpageeza Cricket League (SCL), a domestic T20 League organised by the Afghanistan Cricket Board.

Rashid bettered Danny Briggs record who had claimed his 100 victim aged 23 years and 56 days. Rashid is still behind West Indies Krishmar Santokie (54) in terms of number of matches taken. He is joint second-highest with Sri Lanka s Ajantha Mendis (66).

The staggering leg-spinner, in the same competition, became the third youngest player to lead a T20 side, Dragons. He is behind Pakistan’s Taimur Ali (17 years) and Sri Lanka’s Dinesh Chandimal (18 years and 151 days).

Rashid made his T20 and ODI debuts in 2015, at the age of 17. He has so far played IPL s Sunrisers Hyderabad, CPL s Guyana Amazon Warriors, and will feature in the upcoming BBL season for Adelaide Strikers.

He has 137 wickets to his name in 106 T20s, including domestic and international matches. 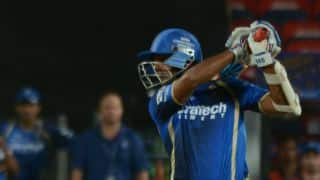