Former captain Shahid Afridi appealed to Pakistan's president for help on Wednesday after his central contract was suspended when he announced his retirement from international cricket. 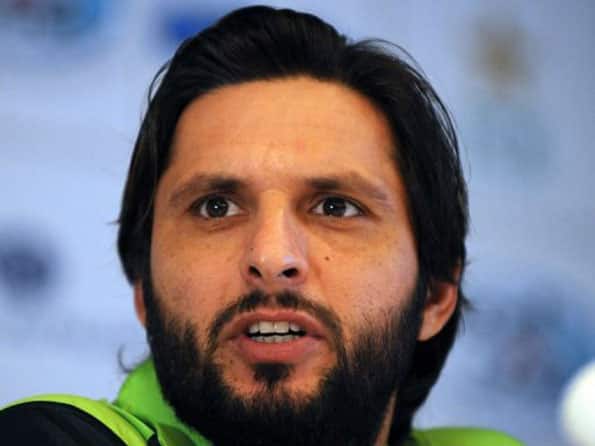 Former captain Shahid Afridi appealed to Pakistan’s president for help on Wednesday after his central contract was suspended when he announced his retirement from international cricket.

The 31-year-old all-rounder, dumped as one-day captain following a row with coach Waqar Younis last month, quit international cricket in protest at his treatment by the Pakistan Cricket Board (PCB).

In response, the PCB suspended his central contract and revoked all his no-objection certificates, meaning he will not be officially permitted to play overseas.

The move will stop him from playing for Hampshire in England’s Twenty20 league and in next month’s Sri Lankan Premier League.

Afridi said he had appealed to President Asif Ali Zardari to help.

“I have appealed to the president to intervene urgently, also deal with other issues and save the game from getting into more crises,” Afridi told AFP by telephone from Southampton.

Afridi confirmed that the England and Wales Cricket Board stopped him from playing after the PCB revoked its permission.

“The captaincy was not an issue as I have already played under senior players, but it was a matter of self respect and honour which was hurt,” said Afridi who refused to speak about the PCB sanctions.

The opposition Pakistan Muslim League-N party has already submitted an adjournment motion in the national assembly against Afridi’s punishment.

Former Pakistan captain Imran Khan, who now heads his own opposition party, said the PCB was not run professionally.

“The board is not run like an institution,” Khan told a television channel. “Afridi feels injustice is done so he has taken a decision and you don’t change four-five captains in a year.”

“Just recently everyone was praising Afridi after he led Pakistan to the semi-final of the World Cup and then suddenly this happened,” said Khan. “The board is also run on ad-hoc basis like the country,” he added.

The Muttahida Qaumi Movement (MQM), which belongs to the coalition government headed by Zardari’s Pakistan People’s Party, also objected to the sanctions on Afridi.

“President Zardari should take notice of the biased attitude of the board,” said MQM leader Farooq Sattar. “You don’t treat national heroes like this.”

Sports Minister Shaukatullah Khan lashed out at PCB chairman Ijaz Butt over the “injustice” and said he would discuss the matter with Prime Minister Yousuf Raza Gilani.

“A change in the PCB is imperative,” said Qureshi. “Butt has not allowed any captain to settle so it will be better to sack him.”

Dhoni gets warm reception at home