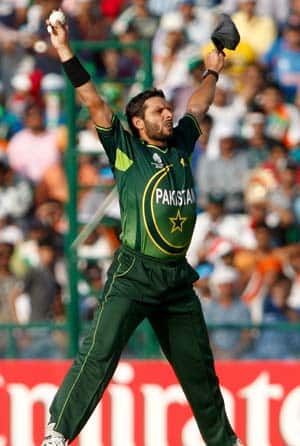 “As captain I feel he is still very immature, has poor discipline, lacks game plan and is unwilling to listen to others’ opinion or advice,” wrote Waqar of the West Indies tour where Afridi led the team to a 3-2 win last month.

Excerpts of the reports were published in the Dawn. Team manager Intikhab Alam also submitted a report to the PCB along with Waqar.

Waqar said his coaching staff had failed to improve Afridi’s behaviour, saying that “sometimes his volatile and immature nature have proved detrimental and led to unfortunate outcome of the game losses”.

The former Pakistan captain said Afridi created a fuss during the fourth and fifth one-day match in the West Indies. “Afridi came into the meetings with a decisive mindset and was refusing to discuss the playing 11 options for the team and behaved very inappropriately and walked out of the meeting,” Waqar wrote in his report.

“Afridi’s attitude and unwillingness to sort out matters led to a very uncomfortable dressing room environment which affected the players’ performance, resulting in the last two losses of the series.”

Alam, who said he tried his “best to defuse the situation”, said Afridi walked out of the room and blamed Waqar for being a “little harsh and arrogant which creates problems”.

Afridi last month publicly accused Waqar of “undue meddling” in team selection, which forced the Pakistan Cricket Board to serve him with a show-cause notice. It then replaced him as captain.

In protest, Afridi announced his retirement from international cricket last week, saying he would not play under the current PCB set-up headed by chairman Ijaz Butt. Saying that Afridi violated the players’ code of conduct, the PCB suspended his central contract and revoked permission to play abroad, preventing him from playing for Hampshire in England.