There were plenty of questions around the future of one of India’s decorated captains Mahendra Singh Dhoni. Captain Cool, who last played international cricket during the ICC World Cup 2019 semi-final against New Zealand, on Thursday was left out from a 27-member list of central contract awardees of the 2019-20 season by the Board of Control for Cricket in India (BCCI).

Dhoni, who had retired from Tests in December 2014 after playing 90 matches, had held an ‘A’ category contract in 2018-19 season. Ever since the completion of the World Cup, the 2011 World Cup-winning captain has made himself unavailable for selection giving fuel to the thought that may be the end of the road for Dhoni is just around the corner.

Dhoni, who has been on a sabbatical since July 2019, has not mentioned anything about his future. In his absence, Rishabh Pant has been the preferred wicketkeeper for India, both in Twenty20 Internationals and One-Day Internationals.

While there are question marks over Dhoni’s prolonged absence, there are many who have questioned the move, one of them being former India captain Sunil Gavaskar. “I can’t tell you anything about fitness. But I think the question that needs to be asked is of MSD himself,” Gavaskar said.

“He has not made himself available to play for India since July 10. That is the important point. Does anyone keep himself away from playing for India for that long? That is the question and therein lies the answer,” he said.

Post the completion of the World Cup, Dhoni did not tour West Indies and did not feature in the series against South Africa, Bangladesh, Sri Lanka and West Indies. He was also absent from the ongoing three-match ODI series against Australia and the T20I series in New Zealand which starts later this month.

At an event in Mumbai in November last year, Dhoni sought to stay clear on his ongoing break from cricket, but may have given a slight hint that an announcement about his future may come in January.

“January tak mat poocho (don’t ask me till January),” said Dhoni at an event here before questions on his sabbatical. So, was Dhoni waiting for the BCCI to announce the Central Contracts list? If so, then expect an announcement soon! 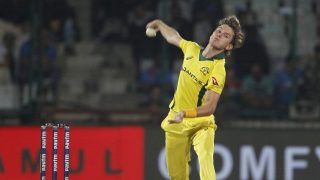 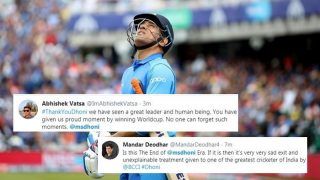