After getting so many calls to leave Test cricket, this innings brought relief: Sarfraz Ahmed on 94 in Abu Dhabi

After getting so many calls to leave Test cricket, this innings brought relief: Sarfraz Ahmed on 94 in Abu

Ahmed has registered his longest Test this year without a single delivery left alone.

Pakistan captain Sarfraz Ahmed silenced critics with a hard-fought 96 on Day One of the second Test against Australia at Abu Dhabi on Tuesday. The chorus for Ahmed s sacking as captain grew louder after he scored just 15 runs and was week behind the stumps in the first Test at Dubai which ended in an epic draw.

On Tuesday, Sarfraz combined with Test debutant Fakhar Zaman, who scored 94, as the duo stitched 147 runs for the sixth wicket to steady the Pakistan ship which was in dire straits at 57-5. Both batsmen missed out on their centuries as Pakistan were bowled out for 282 at the Sheikh Zayed Stadium.

“Yeah, the pressure was definitely there,” said Sarfraz on Tuesday.

“A lot of it. You know, it’s comes from all corners. Someone says leave Test cricket, somebody says leave captaincy, some are saying leave him out of the team.

“When all this happens, and you score runs, then it’s a bit of relief and then to do it in a situation where you were 57-5 and in a really bad shape…”

Sarfraz was happy that his team ended their first innings score at 282, especially after the situation they were in the morning. “It’s good that we scored 282 and then got two wickets, including that of Usman Khawaja because he can play a long innings, so I think it has become even for both the teams now,” said Sarfraz.

The experienced glovesman, according to stats analysts CricViz, registered the longest Test innings this year, without a single delivery left alone during his 129-ball knock, praised his young team-mate Zaman.

“Fakhar played a brilliant knock and I got very good confidence from him because I like that the other batsmen rotate the strike and he did that and played brilliantly in his first match. He deserved credit for doing so well,” he said. 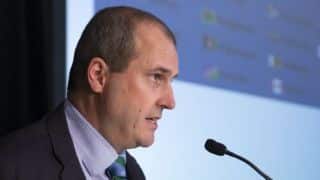 ICC looking at options for four-day Tests for Ireland, Afghanistan