The committee of administrators appointed by the Bombay High Court to oversee the implementation of Lodha panel reforms in the MCA has refused to continue.

The committee of administrators appointed by the Bombay High Court to oversee the implementation of Lodha panel reforms in the Mumbai Cricket Association [MCA] has refused to continue after complaint of receiving ‘hate mails’ from some members of the state cricket body.

Retired judges Hemant Gokhale and VM Kanade have submitted a report to the court regarding their work with the MCA. According to a report, the duo informed the court of their decision as they found the conditions ‘humiliating’.

“The two judges Gokhale and Kanade have been receiving nasty emails from MCA members criticising some of their few decisions. Some of the language used by the members was not acceptable while the judges felt that the members were not co-operating. They (Judges) have informed that under such circumstances, they may not be able to continue as the role given by the High Court, The Indian Express quoted MCS sources as saying.

According to PTI, the High Court on Wednesday refused to extend their tenure asking MCA to instead approach the Supreme Court for all such matter.

“Even the administrators (Justices Gokhale and Kanade) have expressed unwillingness to continue,” the court noted.

The two-member committee was appointed in April this year. It was given extension, first by the High Court in June and then later by the SC till September 15. 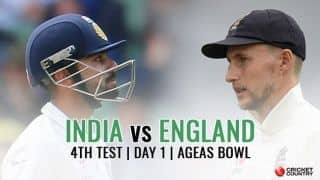