After KKR vs RCB Gets Rescheduled, Fans Urge BCCI to Postpone IPL 2021 Amid Covid Surge

After KKR vs RCB Gets Rescheduled, Fans Urge BCCI to Postpone IPL 2021 Amid Covid Surge

The demands were there even before the tournament started, now the chorus is convinced that IPL should be stopped immediately.

Following the KKR vs RCB match getting rescheduled after two players from the Kolkata outfit tested positive for the novel virus, fans are now requesting the Board of Control of Cricket in India to postpone the lucrative IPL. The demands were there even before the tournament started, now the chorus is convinced that IPL should be stopped immediately.

Meanwhile, the BCCI has assured players of all the safety and said that the tournament will go on as per schedule despite the surge in the country. From players to umpires, personnel involved closely with the tournament have had to pull out midway. Foreign journalists have also reckoned India has more things to deal with than play the tournament.

Here is how fans are reacting after KKR stars Varun Chakravarthy and Sandeep Warrier tested positive for the novel virus:

BCCI have to cancel all matches of KKR and award 2 points to their opponents or they have to postpone IPL 2021.

Now hearing at least 3 players in 2 franchises as well as a television crew have tested positive https://t.co/LXTUIIh4SJ

Amid all this, India is facing its worst crisis ever as more than 3500 people are dying every day. Lack of oxygen cylinders and vaccines are also major issues the country is dealing with

It would now be interesting to see how BCCI handles this grave situation. Thus far, they have pulled it through somehow, but now things have gone from bad to worse as oppositions would be vary to play the KKR side. 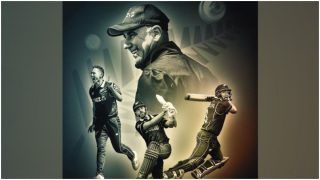 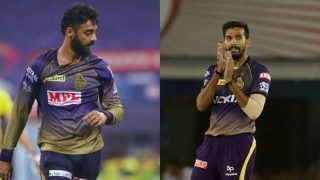