After Manoj Tiwary, India and Bengal cricketer Ashok Dinda on Monday tied knot with his girlfriend Sreyasi Rudra at Chinsurah in Hooghly district. 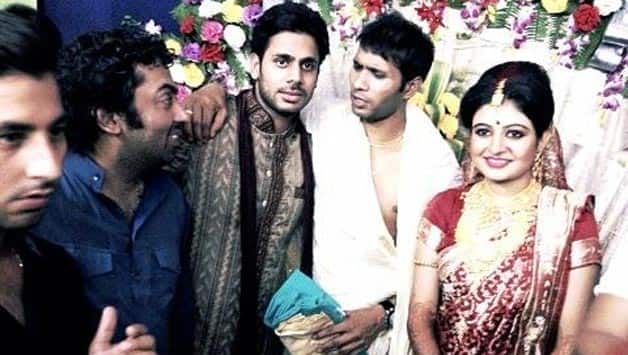 After Manoj Tiwary, India and Bengal cricketer Ashok Dinda on Monday tied knot with his girlfriend Sreyasi Rudra at Chinsurah in Hooghly district.

According to NDTV, the reception will be held at a Kolkata club on Wednesday, July 24.

The 29-year-old cricketer had earlier told a newspaper that it was not love at first sight for them, when they met at a friend’s place four years ago.

Dinda said: “We met again after a few years at a party and I liked her, but we did not exchange numbers. After our third meeting, I took her number from a friend and we kept in touch.”

He added, “She is the most sober girl I’ve ever met. I made her meet my mom one and half years ago. I gave her hints about my feelings then, but she brushed me off. I kept pursuing her till she gave in.”

Sreyasi is a software engineer by profession, and they decided to marry during this year’s Indian Premier League (IPL) tournament. A day in the month of July was fixed as it is a lean season for cricket in the country.

Dinda said, “Later, I would get busy with matches, so this was the best time.”

Sreyasi, revealing her love for the sport said, “So, I had no option but to love cricket. Even my 86-year-old grandmother is mad about cricket.”