A day after Glenn Maxwell envisioned a World Cup with a bunch of 400-plus totals, Australia batsman David Warner on Tuesday predicted a high-scoring tournament in the uncertain English conditions. Warner headed off to the Australian camp after ending his Indian Premier League with a 56-ball 81 to help Sunrisers Hyderabad thrash Kings XI Punjab by 45 runs on Monday.

His knock, laced with seven fours and two sixes, capped off a successful return to top-level competitive cricket from a ball-tampering scandal. The 32-year-old left the IPL on top of the batting rankings with 692 runs from 12 innings, including eight fifties and a century.

“This World Cup, you’ll see some high scores,” Warner said. “For the batter, hopefully the ball isn’t swinging too much. We are playing in England, they are a fantastic team. We are the reigning champions and for us it is going out there backing our abilities and being at our best.”

Warner and former Australian captain Steve Smith served 12-month bans for cheating in a Cape Town Test in March last year along with teammate Cameron Bancroft, who missed nine months. Warner and Smith both performed well in the IPL to boost their confidence ahead of joining Australia’s World Cup training camp in Brisbane on Thursday.

Smith was made Rajasthan Royals captain midway into the league despite not being eligible to lead the national side. Warner said the break away from cricket had given him time to reflect on his game.

“I have had time off to work harder at my game. I put the bat down for 16-18 weeks and tried to be the best man I can be, the best husband I can be and that’s worked for me.”

Warner is keen to build on his IPL success when Australia start the World Cup against Afghanistan on June 1 in Bristol. He said his job as opening batsman was to “put runs on the board.”

“I am looking forward to that and this (IPL) is a great stepping stone,” he added. 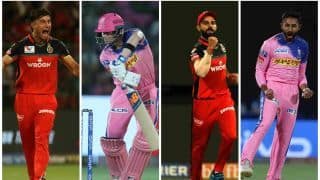 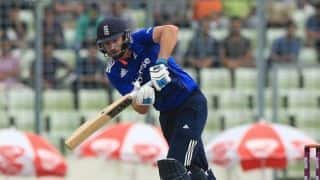