After Rishabh Pant Roars Back to Form in the 1st ODI, Girlfriend Isha Negi Shows Her Love For 'The King' R

Negi, a social media influencer took to Instagram with a screenshot of India's final score - a graphic of BCCI's official social media page and showed her love for Pant calling him the Kings. 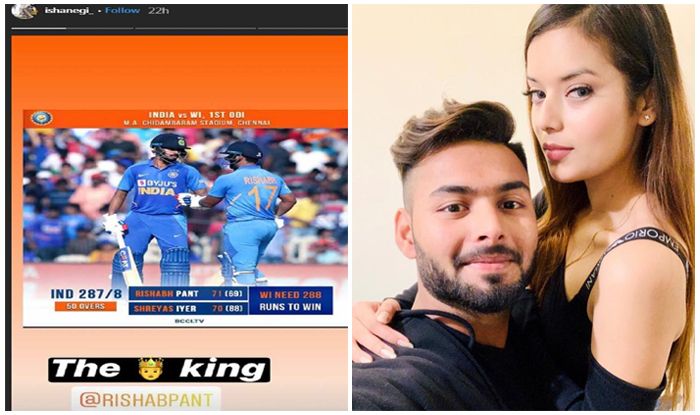 Rishabh Pant has been battered and bruised from every corner this year, ever since his failure at the ICC Cricket World Cup 2019 semi-final loss of India to New Zealand.

Pant’s position in the team has been questioned numerous times by not just the social media warriors who call themselves fans of the Indian cricket team, but by former cricketers and cricket experts. Every time Pant fails with the bat or makes a mistake behind the stumps, the meme army is up in arms and the poor Delhi cricketer is at the receiving end.

Even though he has received support from the team management including skipper Virat Kohli, Rohit Sharma and coach Raci Shastri, Pant has had no respite from the trolls who flood social media timelines with Pant being the butt of all jokes.

Things, however, do change and that was witnessed in the 1st ODI against West Indies in Chennai when the wicketkeeper-batsman played a sensible knock of 71 off 69 balls and in the company of India’s new No.4 Shreyas Iyer (70 off 88 balls) helped India to a total of 287/8.

Even though India went on to lose the match as WI romped home riding on Shimron Hetmyer’s 139- one of the best overseas innings in India in a run chase – Pant had proved his mettle.

So, while the troll army had nothing much to do on Pant, it was the time for Pant backers to give it back this time and leading the charge was none other than Pant’s girlfriend, Isha Negi.

Negi, a social media influencer took to Instagram with a screenshot of India’s final score – a graphic of BCCI’s official social media page and showed her love for Pant calling him the Kings.

Negi, unlike other WAGs of Indian cricketers, has up till now kept a low profile and has not much commented on Pant and his cricket. Likewise, Pant’s only social media post with her girlfriend when he announced on Instagram that he is dating Negi.

So it sure can as a surprise for Negi’s followers in the photo-blogging platform to see a story related to cricket and Pant. 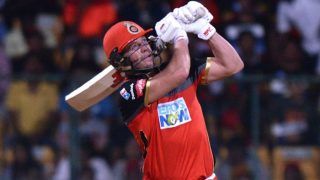 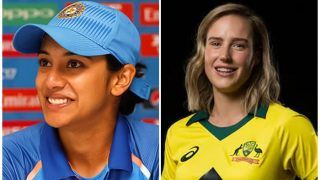