For Ambati Rayudu to become a ODI regular and thereby brighten his chances for the World Cup next year, Asia Cup presents a perfect opportunity

Not long ago, Ambati Rayudu had spoken about how he was waiting for the right opportunity to break into the India playing XI after acing the Yo-Yo test. At the beginning of this month, his prayers were answered after he was named in India’s 16-member ODI squad for the Asia Cup 2018 which got underway from Saturday in the UAE.

With less than a year remaining for the World Cup, India are facing a middle-order muddle. With the top-three selecting themselves (Shikhar Dhawan, Rohit Sharma and Virat Kohli), there’s a bit of competition for the No. 4 slot.

For Rayudu to become a ODI regular and thereby brighten his chances for the World Cup next year, Asia Cup presents a perfect opportunity to lay his claim.

But he’s not thinking about that as it will bring in extra pressure. “To be very honest, (I) haven t thought about it or looked at it as a competition. It is just an opportunity to express myself and I don t want to put more pressure to my game by thinking about these (things), Rayudu was quoted as saying by The Hindu on Saturday.

In 2016, after India’s tour of Zimbabwe, Rayudu was troubled by a knee injury that kept him on the sidelines for almost a year. But he remained calm during the period and now is ready to make the opportunity count.

“I don t think there was period of frustration. After 2016, I was injured for year. This year I played well in the IPL. Main thing is I feel age doesn t matter as long as you are fit,” he was quoted as saying. 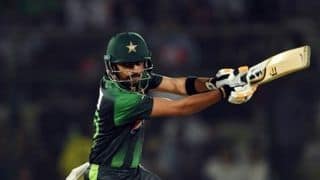 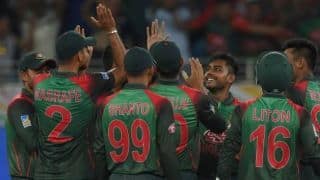