Ahmed Shehzad seems to be an expressive individual who does not hold back his thoughts.

Ahmed Shehzad recently made a religious comment on Tillakaratne Dilshan during their recent One-Day International (ODI) between Sri Lanka and Pakistan. For his comment, the fans all around the world have come up with their respective reactions on Social Media Website – Twitter.

Ahmed Shehzad seems to be an expressive individual who does not hold back his thoughts. There is that brashness of youth in his demeanour that also spills into his aggressive approach to the game. Earlier this year, during the ICC World T20 2014, he quite sarcastically dedicated his ton against Bangladesh to critics who had seemingly “said things about him”.

“Ahmed has informed the PCB that it was his personal chat with Dilshan, and there was nothing more to it. What we understand is that no Sri Lanka Cricket official or our own manager lodged any complaint.” Pakistan cricket’s media manager Agha Akbar has been quoted as saying by the Associated Press.

It’s very natural that Ahmed Shehzad has tremendous attraction towards heaven ! What else u can expect from a pakistani? — deepak mule (@dpk_mule) September 4, 2014 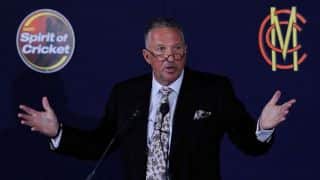 Ian Botham, what do you have against IPL? 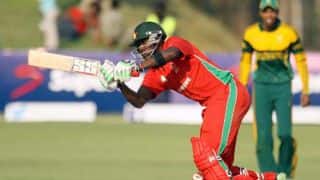