The PCB had summoned Shehzad to its office yesterday to question him about the incident.

The PCB had summoned Shehzad to its office yesterday to question him about the incident which the national team manager, Moin Khan tried to play down on today.

“It was just a general banter and nothing more and players do have banter with each other from time and time. It meant nothing that is why it has not been reported by me or anyone else,” he said.

But a source in the PCB said that a three-member inquiry committee had been formed by the board headed by director international cricket operations, Zakir Khan to further probe the matter.

“The inquiry committee also includes representatives of the HR and Legal departments of the board.”

The incident took place as the players walked back after the match with video footage of the incident showing Shehzad telling Dilshan “If you are a non-Muslim and you turn Muslim, no matter whatever you do in your life, straight to heaven.”

Shehzad was also heard saying: “Then be ready for the fire” after Dilshan’s reply which was not audible. Incientally, Shehzad is set to play for Lahore Lions in the Champions League T20. 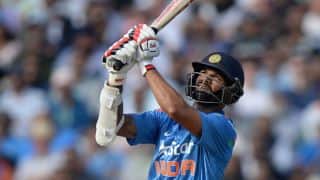