Ailing Hanif Mohammad is not receiving any financial support from the PCB.

This was revealed by his two children, son Shahzeb Mohammed and daughter Seema. Speaking exclusively from London, where they are based, Shahzeb Mohammed says, “My dad’s chemotherapy is over. The last one was on 21st of December (on the day when he turned 79). He took therapy relatively well with minimum side effects. Physical appearance wise he looks better. His post therapy CT scan was done last week, and I have delivered the scan to surgeon Robert Hutchins for his opinion”.

Hanif Mohammad’s daughter was recently in Karachi to see her father. “I spent nearly two weeks with my father and he seems to have been recovering well”, Seema, said from London.

The family’s appeal for the financial help has not yet been answered. “No news update from PM office, sports ministry or PCB on any sort of financial help”, the son said and it was later also confirmed by Hanif Mohammad on a telephonic chat from Karachi. “My father has submitted his UK medical bills with a covering letter to PCB, sports ministry on the request of PM office (almost six million Pakistani rupees , 35-40 thousand pounds).”

Hanif Mohammad played 55 Tests for his country and the remuneration the players were getting then were peanuts. 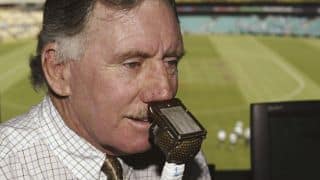