India, one of the title favourites, lost just one match en route to the last-four stage but a top-order collapse in the semi-final put an end to their hopes.

Much has been said about the inclusion/exclusion of certain players who could have made a difference to India‘s World Cup campaign in England that ended with a semi-final defeat to New Zealand.

India, one of the title favourites, lost just one match en route to the last-four stage but a top-order collapse in a rain-affected semi-final put an end to their hopes. One of their Achilles Heels was the number four batting spot as they tried several batsmen for it but none could justify it.

Rayudu was the top contender to bat at no. 4 and in fact, had done so in several matches leading up to the world cup before a loss in form resulted in him being overlooked for the showpiece event. Injuries to a couple of players also didn’t result in a call-up despite Rayudu being among the backups.

On the other hand, Rahane, who didn’t feature in India’s plan for the marquee tournament, was in England playing county cricket during the world cup but wasn’t considered either.

“Rahane and Rayudu would have been in my set-up definitely,” Robin told mid-day. “They have the experience of playing in such [English] conditions. I don’t think it was a good call [to leave them out]. Rahane would have certainly been in my side. He would have been my No. 4. He can also bat at No. 5 and is a very good opener as well. He has the skills for English conditions. You need people with good technique and temperament. Anyone can play on a good track, but if the pitch is doing a bit, then you need players with good temperament and skills.”

Robin also felt that given the delicate situation against New Zealand in the world cup semis, India captain Virat Kohli could have batted at No. 4, a rung lower than his usual no.3 position.

“Considering you had lost Dhawan to an injury, the emphasis was largely on Rohit Sharma and Virat Kohli. So, any opposition would have liked to go after them because once you get them out early, the team’s morale would be hit pretty badly. It gives the opposition a serious upper hand in the game. I would have certainly batted Kohli at No. 4 considering Rohit got out early and the ball was moving a bit,” he said.

Robin has applied for the role of India head coach. The 55-year-old feels his rich experience coaching with different teams across the globe will come in handy should he get the top job. 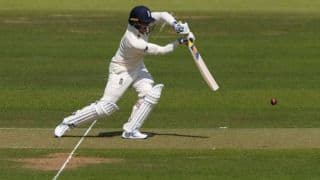 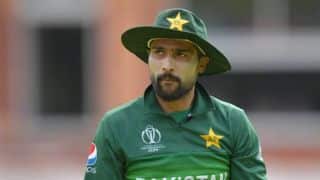