Wadekar said Rahane has a good defence and also the temperament to go with his talent.

Mumbai: Former India captain Ajit Wadekar feels that Ajinkya Rahane is probably the one Indian batsman whose technique comes closest to what can be called perfect even in the slam-bang Twenty20 (T20) Indian Premier League (IPL) tournament.

“In IPL, it is very difficult to see a technically correct batsman. But, the only person who comes to mind is Ajinkya Rahane,” said Wadekar in praise of Rahane at the Legends Club lecture at the CCI on Friday night to celebrate the 42nd birthday of cricket icon Sachin Tendulkar.

“He knows how to play T20 cricket. He has a good defence and also the temperament to go with his talent. He has many years to go in international cricket,” Wadekar added.

Another former Test cricketer Madhav Apte said old-fashioned technique has to be re-examined in the current day context of the frenetic T20 format of cricket.

“Technique in the present day has to be re-defined. A lot of it is improvisation. Whether the bat is coming from behind or straight is not relevant,” said Apte, who toured West Indies with great success as an opener in 1952 only to be dropped on his return without any reason and never played for the country again.

“Obviously, technique is important but it is like a clown in a circus. He may do all the foolish acts but he still gives a sound performance. The classical technique that Vijay Merchant, Vinoo Mankad or Vijay Hazare had may not be relevant today,” he pointed out.

Later talking separately he said that among the three Vs, all-rounder Mankad would have sparkled the most in a T20 environment because of his inbuilt aggressive instincts.

“Undoubtedly, it must be Mankad. He had an attacking mindset. Mankad’s mindset was aggressive. He was an attacking player. 70 percent of cricket is played in the mind,” he declared.

Though reluctant to compare Tendulkar with another legend Sunil Gavaskar, Apte said while the former was instinctively aggressive in his approach the latter was of a defensive bend of mind though he could also play aggressively when needed.

“The mindset of Gavaskar was defensive and Tendulkar’s was aggressive. I remember the 70-odd (86) Gavaskar scored against West Indies in the 1974 series (at Wankhede Stadium hosting its first Test). It was an outstanding innings,” said Apte. 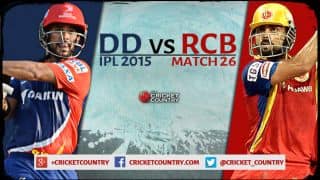 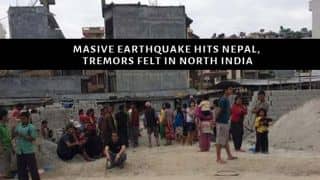